Don't fret over bloggers' independence, it is mainstream media that needs watchdogs 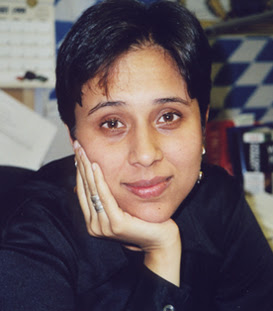 On Saturday, Barkha Dutt wrote a column in Hindustan Times, expressing concern that how bloggers can write anything including gossip.

She was miffed at how they can write about 'honourable people' and their private lives, and that the blogosphere functions without any watchdog.

She mentioned how NDTV had refused to show a particular video clip but bloggers would not hesitate before uploading any footage.

Though she is a reputed journalist, I feel that it was probably her own insecurity which she has now spell out.

When mainstream media would not report news and simply go for sensationalism besides restricting itself to urban areas and refusing to accept its mistakes, who is going to expose them?

Either it is Khairlanjee killings or the Noida (Nithari) kidnappings and murders, media has failed the society.

Well-connected are never the suspects

Nithari case accused Moninder Singh Pandher and Surinder Singh have reportedly confessed abusing and killing over 15 children, says NDTV, her own channel. It must be remembered that Moninder is an alumnus of St Stephen's College and was also a student of Bishop Cotton.

But it was not until these accused were caught and the reports were out that NDTV deputed its celebrity reporters to go to Nithari. The poor Bengali households that don't have ration cards, that have no clout or connections, were never on the priority radar of the Noida based channels until then.

The abysmal reporting done by channels in the recent past (there have been few exceptions) brings us to a situation where media has failed its prime duties.

All departments have PROs and the journalists prefer the easy way--going for bytes, taking reports and analyzing them, remaining in urban areas and of course attending press conferences--so what about journalism?

Kabhi gaon mein bhi jaao yaar. It is only during election time when you ride with celebrity politicians for a visit to constituency.

Where is your watchdog?

All the time you keep reporting frivolous things and waste precious primetime. You give a damn to sensibilities of viewers and show people getting killed, hanged (Saddam Hussein). Who questions you? We don't need watchdogs. You need it! As far as spicy stories and juicy gossips are concerned, there has always been a section of media and press also that publishes them.

And now Barkha visits Nithari like a bureaucrat on tour to village just like officials visit a place after tragedy or mishap. She has been an outstanding journalist but the celebrity journos must learn to accept criticism in healthy spirit and rather than blaming bloggers, first ensure a clean up in their own organisations.

If some blogs do that, they don't at least push it down anybody's throat unlike you who want to grab eyeballs, just whatever way you can. Bloggers have their own way of censorship and watchdogs also.

Good blogs survive, blogs that are not responsible don't. So please don't get excessively concerned about bloggers. Learn something from the Nithari tragedy. And appoint a watchdog for yourself. In any case, you like it or not, we will keep playing your watchdog.
Posted by editor at 12:49 PM

It's funny how the only "community" which is so critical of blogging is one small fraction of the media industry -- newspapers and news channels. Gossip and speculation abound in the blogosphere, but most of it is in the harmless area, and most "victims" treat it as such.
Perhaps Barkha's umbrage is based on how much is written about her in the blogosphere -- a lot of it uncharitable.

The mainstream media is wrong comparing bloggers with themselves. When there are 100000 TV channels with minimal ad revenue - can they compare. Right now compared to bloggers they are a monopoly in communication and hence more dangerous!

Kinda ironic isn't it? That she should post such an obviously opinionated, defensive column into a mainstream publication?

Scribbler said...
This comment has been removed by a blog administrator.
9:51 PM

I just finished watching 'The Insider' and something got into me that made me googled 'independence of India media'. And this blog turns up as first result.

Independence of media probably isn't that big a issue in India i guess, mainly because its never discussed or seen as an issue. Or maybe it is...

The thing is that apart from a few tehelka like pull offs, there has been nothing solid in my memory. So I would take the comments of the blogger further and say that not only do these guys not go outside the cities, but also they don't spend resources in getting the tough stories. The ones that will shake up things and bring to light what we suspect happens all around us.

Another point I would like to add is that when i watch news channels, there is sense of 'what the hell are these guys talking about?' Basically, is that news? Luckily I don't have to watch it that often. I get my dose from Al-Jazzera.

There is hope though. I adore Indian Express. It is what the country needs. And I think Aaj Tak is good too, from what i remember of it. Though I don't know what they are upto these days.

Barkha has forgotten about her own mistakes which costed several lives in Kargil. Ask army men on the posting and they will tell her mistakes. She has always been self centric as she wants publicity for herself rather then worry about a cause.
During 26/11 her colleagues were upset in Mumbai. Mumbai has a huge bureau of NDTV and is manned adequately with seniors like Srinivasan Jain but she took this as an opportunity for self portrayal and was there even though her colleagues were not happy about it.

Well, funny to see it coming from Barkha Dutt. During Kargil war, in a hurry to make a name in war reporting she ended up giving minute by minute coverage putting several lives at stake. Moreover she mysteriously got out of the glitch presumably with the help of top political contacts. And one would think that she would have learnt something from her past mistakes. But no same thing happened while covering Mumbai attack. A good reporter should not go creating panic among the audience nor hindering the rescue operations.

Ms. Dutt blogging is a much-needed breather for online scribblers for voicing their concerns and sharing their opinions with others that are often omitted in mainstream media.

Blogging has performed by in a far better way than India's mainstream media. I feed ashamed by the extent of involvement of mainstream journalists in the wheeling-dealing. In no western country would the mainstream media have been able to block as big a scandal as the Radia tapes. Barkha, it is time for you to take a rest...Like Vir Sanghvi has already taken... Else you should be sacked forthwith...