Who is the Editor of Times of India? 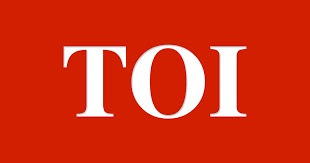 Do you know who is the editor of Times of India, the largest circulated English daily in the country (or world)?

Chances are that you won't know. Most journalists are unaware and the paper hardly wishes that the readers would know the editor.

You associate Chandan Mitra, MJ Akbar, Vir Sanghvi with Pioneer, Asian Age and Hindustan Times, but what about TOI?

The Jains have devalued the status of editor so much that it doesn't matter if this paper has an editor or not. It is such a difficult question that some guy had to post it on Yahoo Answers, seeking an anwer to the query.

Managers replaced Editors at Times of India long ago.

After the famous Dileep Padgaonkar statement, when he had boasted that Times editor is second only to Prime Minister in terms of importance in the affairs of nation, the wings of editors were clipped. And now no body really knows or cares about the editor of ToI.
Posted by editor at 12:37 AM

True. I think it is some Derek isn't it?

Celebrity Editors don't serve ToI any purpose - but ToI's editors are extremely strong - better than the editorial team in most places. So who is the Editor of ToI - well Exec Ed is Jojo and Deputy EE is ASG. Go figure you clueless dolts!

Abhinandan Mishra said...
This comment has been removed by the author.
7:45 AM

Jojo is Ranjan Roy and ASG is Arindam Sen gupta

Is Jojo Ranjan Roy??? You must be totally clueless man. Please don't comment unless you are from the industry and know who is who. Jojo is the nickname of Jaideep Bose.

This is a fit question to be asked by the Civil Services interview Boards of UPSC for the IAS exam.No one would know! Sorry,not even the interviewers.Has the Editor become an extinct specie for the TIO?Has he or she been sacked by way of cost-cutting strategy?
A K SAXENA
(A retired Joint Secretary to GOI and now into free-lance journalism)
aksaxena@nic.in

helo SI/TOI, first i want to say the TOI is very strong in any newspaper, and words are very effective to publish....TOI, i'm working in teracom limited and i want to publish some tender base news related to our company in your business page

Any one from toi listeninng??? I have bad exp. with toi.. since last 2 monrths i m following with complaint department for the commencement copy͵everytime they r foolling me..now i m not going to contact the toi.
very worst customer service..

When I see Dr.Zakir Naik's speech on the net and the cmments published below, I see that the comments by Hindu community are very abusive about Muslims.They also abuse the prophets,They spread anger and disharmony.Atleast have some respect for prophets and condemn these dirty minded people.Action should be taken against them.