Couple's suicide due to intrusion of electronic channels

The suicide by a couple in Delhi due to the invasion of electronic channel's in their privacy is a shocking incident.

It was bound to happen anywhere with the channel reporters using their microphones as weapons and threatening the people to give bytes for cooking up stories.

But this incident in which a girl had alleged her uncle of rape, the media intrusion hurt the couple so much that they committed suicide. 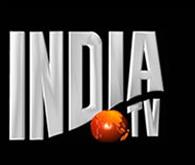 They could not bear that the allegation of their niece made would be taken so seriously by media that it would conduct its own trial.

The person was probably sexually incapable to commit any such crime and this further hurt him.

Time now for these channels to behave and reign in on their reporters. Else, as we had predicted initially, the day is not far when reporters would be hunted and hit whereever they would go.
Posted by editor at 10:27 AM