Ghost drives a car on Ajtak 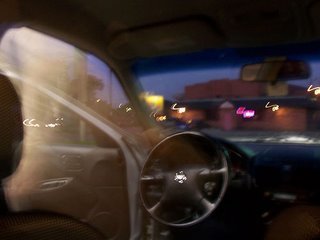 Earlier we have written about Ghost riding a horse shown on Ajtak in this blog. Today the same channel went a step ahead as it was not on its ghost programme show (is it Khauf!) but on prime time.

For several hours Aajtak telecast a video showing a car running on the streets of Delhi with no body on the steering. The anchors left no stone unturned in trying to fox the nation and convince viewers that it was nearly a supernatural thing.

A nation of gossip-mongers we are, surely. And the 'bhoot jo car chala raha hai' must have soared the TRPs of Aj Tak. Car without Driver is another 'milestone' in Indian TV journalism as anything can now be shown whether cross-checking it.

Send any damn video, morphed or created by superimposing, and get a few hours on prime time. The other day Star News had pronounced that the babies born during the eclipse would be slightly less intelligent (a euphemism for mentally deranged) without bothering to check scientific facts or saying that it was just an astrologers' prediction. Many must have believed that and would look at their newborns as if they would have been more intelligent only if they were born a few days here or there.
Posted by editor at 1:24 PM

indian media has gone a long way down in the race of TRp's! Earlier it was started by AAjtak and now in 2:30 hrs of india tv news cover topics and breaking news like this every second...DD news is best :)..my blog post on india tv sensational top 7 news..
http://proziumtalks.blogspot.com/