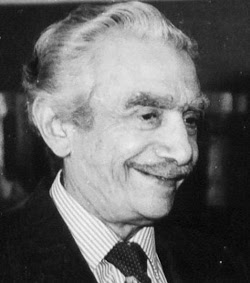 The former editor of Blitz and the doyen of tabloid journalism in India, RK Karanjia, passed away on Friday. He was 95.

Karanjia was controversial yet innovative. Bold and experimental. Ironically he died the same day, February 1, which was the day Blitz was launched.

The newspaper was read for sensational news, investigative stories and the spice which was missing in morning papers. Later it was brought out in Urdu and Hindi also.

When his daughter launched Cine Blitz, it was Karanjiya's idea to put a streaking woman on cover. The model was Protima Bedi, who ran nude near Flora Fountain and later at Juhu, and the photo was published in the magazine.

Nobody but Russi Karanjia could come up with such a bold idea. He was born in 1912. Left Times of India in 1940 when he was Assistant Editor and later started the Blitz.
A war correspondent, he had published exclusive photographs of Netaji Subhash Chandra Bose before Indpendence when the Indian National Army was fighting for India's independence. He interviewed major world leaders from Churchill to Nasser.
He was known for his aggressive brand of journalism. Blitz also exposed financial scams.
His daughter Rita Mehta survives him. Karanjia was brother of famous film journalist BK Karanjia.
Posted by editor at 2:31 PM