Jayati Ghosh has written a masterful piece 'The mosquito is a great leveller' published in Asian Age and Deccan Chronicle.

In drawing room conversations it was initially felt that dengue was only for the lower middle class and poor who live in dirty localities.

The Rich drink bottled water, travel in AC (no conern with environmental issues), oblivious to public health system (as they can pay for better facilities at private hospital) and the only place they share with rest is road, that is why they are most concerned about poor conditions of roads.

If they had their way they could get exclusive roads for them. However, when PM's family members were affected, they realised that mosquito can bit them also.

Excerpts from this piece, need to be reproduced, I feel. Read it below.

Ghosh writes: For a while now, the notion of the “public” has gradually receded from the consciousness of the elites in India. Not only are private solutions found for most conditions, but even the very idea that there are still spaces (and indeed, places) that are universally accessible and have universal impact is barely recognised any more.

It is true that the ruling classes are still affected by some of the most obviously public goods, such as road infrastructure. This is why the most common middle class complaints in urban India relate to the state of the roads, since this is one area where they cannot simply opt out by accessing their own exclusive roads.

But for many other goods with high externalities, the rich in India have found ways of avoiding, bypassing or simply transcending the need for responding to external conditions or accessing public services. Atmospheric pollution, for example, has become the problem of the poor.

Increasingly, those who can afford it travel in air-conditioned vehicles and live and work in equally protected environments, and go for walks in parks of colonies where there are no “polluting units.”

Safe drinking water is no longer considered something that must be provided by civic authorities. Instead, the rich buy commercially bottled water or install special water filters in their home and offices, while the poor are left to fend for themselves as best they can with the inadequate and mostly polluted water available in public taps or through tube wells.

Similarly, health care services are now characterised by the most extreme duality, with the rich opting for deluxe institutions with “world class” infrastructure (although not necessarily better medical attention). The poor are forced to avail of either very overcrowded public facilities or access medical shops where they are routinely exploited and often provided with inadequate care. 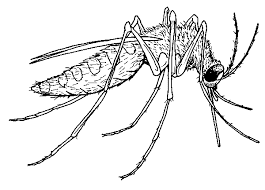 In all this, the concept of public health has been somehow forgotten. So, among the rich in India, there is now little recognition that health conditions of a community affect each member of it, that there must therefore be cooperative and communitarian solutions to health problems and common approaches to dealing with the basic conditions affecting health.

It takes something like an epidemic which affects rich and poor alike, to bring home the essential publicness of health to this country’s elites. The current outbreak of dengue in Delhi and some other major cities (at the time of writing it had still not been declared to be an epidemic, apparently because doing so would adversely affect tourism), is one such instance. Dengue — as we all now know only too well — is a viral disease spread by the Aedes mosquito which breeds in clean stagnant water and bites humans in the daytime.

Even as dengue spread and more and more cases crowded public hospitals, it was still common to hear in upper class drawing rooms that this was because of the lack of adequate sanitation, cleanliness and proper precautions in the slums and residences of the lower middle classes. There was still an implicit notion that “it can’t happen to us.”

Only when the media publicised the fact that even members of the Prime Minister’s household were suspected of having contracted the disease, did it strike some of our more privileged citizens that such diseases do not always respect the social distinctions so ingrained in ourselves.

If this does actually bring back the attention of policymakers and the general public to the need to focus on community health and conditions of nutrition, sanitation and the like, then even this current outbreak will turn out to have a silver lining. For the past two decades have been characterised by an unfortunate, and even alarming, reduction of interest and public expenditure on the essentials required to maintain good public health.

editor said...
This comment has been removed by the author.
2:26 PM

Hi,
dear Shivam
the site of Asian Age and Deccan Chronicle doesn't keep archives, it seems, however, hopefully if you click the following link you may find the cached one: but paste the whole link in address bar not in search engine.
Regards
Edit India
http://72.14.253.104/search?q=cache:91ZMQTIZztcJ:www.deccan.com/chennaichronicle

And someday a mosquio will start appearing in houses with Air conditioners (ACs) only...

I'm not sure if everyone percieves the problem to be a "low/poor class" issue. I think by and large, people are accustomed to government inaction when it comes to upgrading our water infrastructure. So, they take it on to themselves to provide where the government falls short.

Of course, the problem arises when public utilities like canals and sewers are not properly maintained. Then poor or rich, you are equally likely to be affected. This will continue so long as the public remains mum and apathetic to the topic.