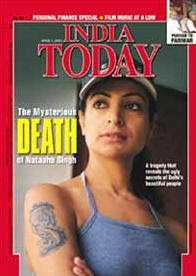 The circulation of magazines has been hit badly this year. The trend is not restricted to any particular section of magazines, rather magazines focusing on news, fashion, movies, gossip and even competitive examinations have seen a decline in readership.

As per the report of the Indian Readership Survey (IRS) the readership of India Today fell from 71.3 lakh (in the last survey) to 68.5 lakh. Readers Digest was hit even badly and its readership is down from 49 lakh to 40 lakh, while Star Dust is down from 26 lakh to 19 lakh.
Among English newspapes, Times of India saw a decline in readership though it was barely a lakh. Still, it is significant. TOI now has a readership of 133 lakh, far ahead of nearest rival Hindustan Times (HT) that surprisingly added more than 3 lakh readers but is still far behind HT with a readership of 64 lakh. The Hindu remains static at 52 lakh followed by Telegraph at 29 lakh.
The magazines in Hindi, Bengali and other languages have also suffered. However, major newspapers have seen a growth in readership. Jagran remains the leading daily in Hindi followed by Bhaskar though the latter added more readers. The readership: Jagran [557 lakh], Dainik Bhaskar [338 lakh], Amar Ujala [293 lakh] and Hindustan [266 lakh] followed by others.
Posted by editor at 11:37 AM