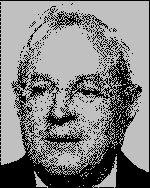 The US Supreme Court's verdict on the rights of prisoners illegally held in the Guantanamo Bay military prison on the shore of Cuba, has again strengthened the faith of citizens in the institution of judiciary not just in America but across the world.

Undaunted by the 'War on Terror' hysteria, the judges upheld the highest standards of justice when they held that the detainees held in this jail have the right to challenge their imprisonment before a judge in civilian courts in the United States. The ruling is considered a major setback for the George Bush administration.

"The laws and constitution are designed to survive, and remain in force, in extraordinary times", said Justice Anthony M Kennedy, in the 5-4 ruling that showed a divide among the judges over treatment to the prisoners.

In the judgment Kennedy further wrote that, "To hold that the political branches may switch the constitution on or off at will would lead to a regime in which they, not this court, say what the law is." With this historic ruling which gives prisoners the right to habeas corpus and thus allowing them to challenge their detention in court, the Guantanamo Bay prison now faces closure.

Across the world, the treatment of prisoners by the US military in Guantanamo Bay has come for sharp criticism. The unlawful jail has been termed a legal blackhole. For almost six years the foreign suspects have been lodged in this detention camp.

Of the 600 detainees who were lodged in this jail at one point of time, not more than two dozen, were linked to Al Qaeda, said a New York Times report, which exposed the hollowness of the Bush administration's claims. Many prisoners including children lodged in the jail were released without framing charges.

Now there could be a flood of petitions from the 270-odd prisoners who are lodged at Camp Delta. And with the prisoners in the jail enjoying the same rights as any other American citizen, the government no longer has a reason to keep these prisoners at the Naval Base.

Republican presidential nominee John McCain has criticised the judgment and right-wing politicians & columnists are finding faults with the verdict but this is one of the such path-breaking rulings that will make American citizens proud in years to come.

Can a country claim to be torch-bearer of freedom and liberty when it completely disregards the rights of a suspect for fair trial? Human Rights Watch and Amnesty International have come down heavily on USA for refusing to apply the Geneva convention to suspects.

The UN Panel had sharply criticised US for the indefinite detention and violation of UN convention against Torture. The European Parliament had voted for closure of this camp. Now the Supreme Court decision makes it further difficult for the government to run this jail. This is the third successive rebuke to Bush administration from the courts on the same issue.

It's really a wonderful news.

You (State) can't take basic rights of citizen in the presence of strong judiciary. This judgement proved this point again.