Voice of India: End of a news channel 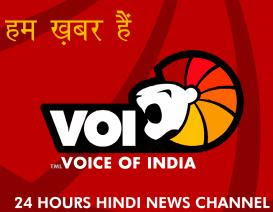 News channel 'Voice of India' is no more. Within a year of its launch, the channel that had earlier launched state-specific channels, is now dead.

VOI was off-air for quite sometime and now it's final that the channel is not going to be on-air. Desperate employees are running from one place to another, complaining to officials like Labour commissioner and meeting authorities to get their salaries and dues.

But Triveni media limited's venture has collapsed. Hundreds of journalists and other employees are on the street, jobless. Sadly, neither newspapers nor the TV news channels have time to air their plight.

When Jet Airways had sacked its employees, the papers (and electronic media) had fought their battle. But when the journalists lose jobs, no paper prints a single column news. That's an irony of Indian journalism.

Poor planning is said to be responsible for the channel's sudden end. Despite CEO Amit Sinha's optimistic assurances that the channel will survive, it's clear that VOI is now history.

It is believed that having a channel will give you a clout and the owners can use the power of media to get contracts and strengthen their business. But that's an old story.

Running a 24 hr news channel is no joke. Even the channels that grab most eyeballs find it difficult to get advertisements. In the times of recession, it is even more tough.

VOI's end is an alarm for other groups that plan entering the already crowded world of electronic media. Surprisingly, despite the failures of several such ventures, there is a long list of applications at the I&B ministry awaiting clearance.
Posted by editor at 3:27 PM

As I was unable to find the 'Contact' button, I am posting it here. Please view;

The article is a spoof on television debates.

You may also post a link to the blog: