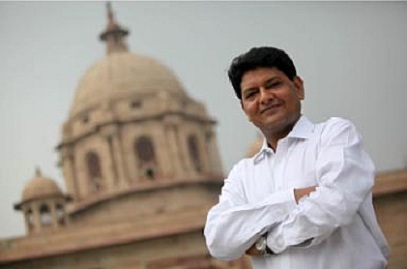 Shishir Gupta, the executive editor of Hindustan Times, was working as a mole for BJP!

The report suggesting Gupta being an informer to BJP president, created a stir in Indian media today.

Gupta is the same journalist whose name had earlier come for his alleged links with an arms dealer.

Then, he was accused of calling the arms dealer, no less than 478 times on phone.

Unlike journalists who pose questions or send query through email, here it was information that was sent, so that action could be planned. This was revealed after his email to Shah was obtained through RTI and is part of documents published by Frontline.

Online portal Wire mentions, "In it (email), Gupta draws the PMO and Shah’s attention to “violations” by the AAP government and Delhi chief minister Arvind Kejriwal.

"His email set off a series of counter-actions by the PMO over the following months which led, in turn, to an escalation of the turf war between Kejriwal and Najeeb Jung, who was lieutenant governor of Delhi at the time. Jung finally put in his papers on December 22, 2016....".

"Under the subject line “KEJRIWAL AGAINST CENTRE”, Gupta’s email began by noting: “Delhi Chief Minister Kejriwal is on course to abrogate all powers of the Centre in NCR with neither the Home Ministry nor the BJP MLAs/Pradesh unit doing anything to contest it,” the Hindustan Times executive editor told Amit Shah and Officer on Special Duty (IT) in the PMO, Hiren Josh.

"The buzz in Delhi Govt is that BJP will do nothing to aggravate issues with Kejriwal due to its impact on forthcoming Bihar poll.” Nowhere in the email does the Hindustan Times executive editor ask a question or seek a response or clarification from Shah or Josh – the way reporters who correspond with officials about stories they are working on normally do."
Posted by editor at 11:40 AM