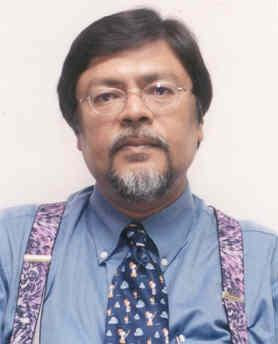 It was interesting to see eminent journalist Chandan Mitra sent as special emissary to Orissa to save the BJD-BJP coalition. Mitra is not just editor of The Pioneer but also its MD and a Rajya Sabha member close to BJP.

But it does raises a question whether it is appropriate for a journalist to take sides and align himself openly to a political party? Doesn't it affect his credentials (as also the newspaper). Though Mitra, who is credited with turning around the 130-year-old newspaper, is not the first of the 'journalists' who nurse political ambitions.

He has surely gone beyond being a pro-BJP editor. He should have realised that the moral authority of a journalist (or editor) gets eroded when you get involved in the game of power. Journalists get more respect because of their supposed fairness.

Once you are not just an editor but also own the paper, do you need anything more? Rather being a political broker hurts the image. As in the case of Mitra, who returned empty-handed. He was not taken seriously by Naveen Patnaik.

In Indian Express, Coomi Kapoor wrote in her weekly column on March 15 that 'when Patnaik learnt that LK Advani had sent Mitra as the emissary for negotiating seat sharing, any little hope of reconciliation with the BJP ended.

Patnaik felt that BJP did not take its alliance with the BJD very seriously else they would not have sent a light-weight who is not even a party functionary'. Though Mitra is surely not a light-weight, it is true that he is no politician either.

A journalist will get far more respect from all the parties and the society if he remains fair. However, if you align yourself with a party, your stature doesn't go up, rather it becomes a liability.

Once you are seen as partisan, it hurts your credibility and your voice or writings no longer carry the same weight. And you can't expect yourself to be treated as a celebrity politician just because you have been a journalist.
Posted by editor at 10:09 AM

Who said Chandan Mitra a Journalist, ? He is BJP's power bocker, who has no other credibilities.