First, it was the India TV that got bitten by this bug. Now almost every channel has become obsessed with the Taliban.

Then there are reports about Taliban sending heroin and drugs to India and all sorts of story angles possible under the sun--either its about their ruthlessness or their growing power. Aaj Tak, IBN Khabar, Star News and News 24 love it. 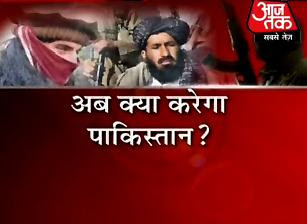 Even English channels are now trying the Taliban trick for TRPs. Though the reports are often compiled amateurishly without any research work and mostly aimed at riveting viewers by causing a scare.

These 'special stories' about Taliban are telecast almost every day. It is not certain how much TRPs the channels get by airing such reports. Of course, its easy to create them because there is adequate masala that just needs to be put together and spice added to create a new hysteric report.

But isn't it going overboard? Taliban would surely like such international publicity.
Posted by editor at 11:15 AM

exactly.. stories like america might use laser guns against taliban and other trp bagging headlines are used on channels mentioned by you including sahara samay

Seems like www.blogger.com could be a excessively great forum for me
I am happy to have found it.


this is a laugh for you from me : Save your breath. You’ll need it to blow up your date! :

Anybody have an interest in Legos