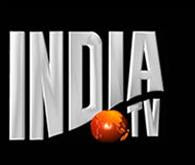 Excessive reliance of internet and declining standards of journalism have resulted in acute emarrassment for Rajat Sharma's India TV.

Searching the internet and trusting the results without verifying has put the channel in deep trouble. The blunder of showing the head of Dawoodi Bohra community, Syedna Burhanuddin, in a programme that focused on Taliban, has the entire sect up in arms against the channel.

If you search google image for any person or event, it is not necessary that the result is exactly what you want. Any other image present on the page can also be shown. It's not for nothing that the old adage 'one needs brains for copying' is repeated so often.

So they were doing a story on Taliban leader Baitullah Mehsood. It seems in search, the page showed up the image of the holy figure of Bohras. And without verifying, the dumb heads inserted it along side a fake 'created news' of Baitullah's so-called marriage 'nikah' ceremony.

His Holiness Dr. Syedna Mohammed Burhanuddin (TUS) is the spiritual head of Bohras, who are a peace loving and gentle community. But their patience ran out. Many of them reached the India TV office and rest have protested in the towns wherever they live.

The channel has apologised. But will it learn? The standard of journalism and journalists are deteriorating. They read less and rarely consuled encyclopedias, rather prefer wikipedia or a search engine and don't use brain when they go for search.

India TV has been criticised for its stress on spreading rumours and showing news and shows based on superstitions, spirits and sensationalism. The latest incident has hit its credibility. But one expects that other channels would learn a lesson and urge their staff to use brains.
Posted by editor at 1:37 PM