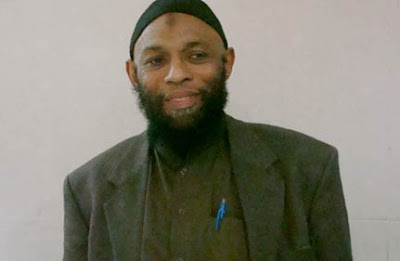 News hungry TV channels are known to get hysteric but not the news agencies, especially PTI that has a glorious tradition.

But has the agency also got bitten by the sensationalism bug? PTI should remain Press Trust of India, not Press Tarnishing Institution, writes Gujarat-based analyst NM Sampathkumar Iyangar regarding the arrest of US-citizen Winston Marshall. Read the article:
PTI turns passenger into terrorism suspect, links him to Headley
A 61-year-old passenger was getting his personal baggage checked at the security check booth of New Delhi's Indira Gandhi International Airport on February 10. The security man found a knife in the baggage and reported the matter to his officer. A spokesman was not able to specify the type or size of the 'knife' but could only tell the media, "We found a knife in his baggage. When we questioned him, he could not give any reason so he was detained and handed over to the police."

The incident may not ordinarily be considered to be newsworthy. However, the passenger Winston Marshall happened to be an American national. It was natural that it immediately attained some news value.

While an online TV blog flashed it as "Delhi police detain a US National at IGI airport", a more 'enterprising' one focused on the resident of New York and said: "US terror suspect held in Delhi.” The police were checking if he had any terror links after finding from his passport that he had travelled to Pakistan and Bangladesh recently, according to another media circus that said: "American detained at Delhi airport for suspected terror links"

Press Trust of India, whose ticker is frequently picked up and quoted in the big 'national' press as well as the vernacular press across India, had other news peg about the incident. PTI is considered to be the Xinhua of India, and not without basis. Ever since the Agency got nationalized through the backdoor and lost its independence soon after independence, it disseminates the news as desired by government authorities.

Although supposed to be autonomous and 'free', it often propagates the views of the reigning rulers more than the news of incidents. Naturally, PTI is considered across the world as the State-owned or 'official' news agency of India. Its ticker: "61-yr-old American national detained at IGI airport."

The style of the report accurately reflects the current status of Islamophobia in India. It explains the actions of the rulers in New Delhi, such as on Batla House fake encounter, eyewash retrials on post-Godhra pogrom, ban on SIMI, etc. In fact, PTI seems to stand for Press Tarnish of India to brand anyone professing the religion of Islam as a terrorist. No wonder, the 'staff reporter' of PTI highlights some "juicy details" not obvious to unbiased observers.

1. The passenger was flying to Doha, in the Arab heartland.

2. He preferred to take a Qatar Airways flight.

3. He changed his religion some 40 years ago (PTI described him as Kensinghton Carmichael, a convert from Christianity to Islam)

4. He travelled to various parts of the national capital

5. He had multiple tourist visas and had visited Pakistan and Bangladesh earlier.

Maybe, the passenger would not have made news for PTI had he opted for a major airline carrier such United Airlines, KLM Royal or British Airways; had been destined for London or Amsterdam, had he desisted from converting to another religion; if he had remained confined to Delhi airport while in India; and had he not visited Dhaka, Karachi etc, with due entries in the passport!

It is not odd that the PTI staff reporter found the presence of a knife or whatever "reminiscent of the case of terror suspect David Headley, arrested in Chicago in October last for allegedly plotting terror strikes in India!"

Incidentally, the mischief comes close on the heels of preventing an elderly couple from attending a marriage in Dubai. The Emirates flight with some 400 passengers, in which the 71-year-old and his wife suffering from a heart condition were traveling, was called back from the runway just before takeoff. While the detention of the ‘terror couple’ hogged the limelight, not many media businesses cared to inform viewer/readers the outcome: There was nothing that could incriminate the senior citizens and the whole airport drama was based on a hoax call warning about the terrorist in the flight.

[The author is an unattached policy analyst based at Ahmedabad, India
Posted by editor at 2:55 AM