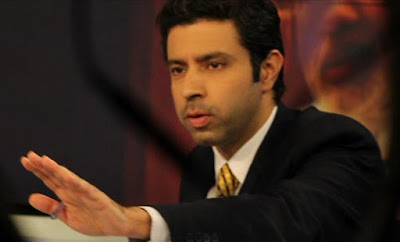 Rahul Shivshankar, the News X anchor, is at the centre of a major controversy.

Shivshankar is facing a very serious charge. He was hosting a programme on Samjhauta Express terrorist attack.

But after interviewing the then SIT officer who had conducted probe, the channel didn't air his interview, at all.

In the interview, the officer had said that right-wing radical Sunil Joshi was involved in the terror attack. He said that hard evidence led the SIT to the group. Joshi was later killed by members of his own group.

But, the TV channel didn't air his opinion. Shocked, the officer wrote a Facebook post, that has now gone viral. Leading journalists have said that the channel seemed to be giving a twist to the Samjhauta Express probe.

As the SIT officer's interview would have gone against the plan, it was dropped. News X channel had taken a strange and dubious stand during the Malegaon blast case too in which Hindu extremists were involved.

When Muslims who were initially framed in the case, were being released, the channel aired stories to suggest that the probe that accused Hindu radicals wasn't right.

This is further proof of how journalistic ethics and journalism are under threat in the country.

Right-wing Hindu extremists were found involved in the bomb blast in which more than 70 persons were killed.