Accidental deaths: Now it's time to amend the weak law 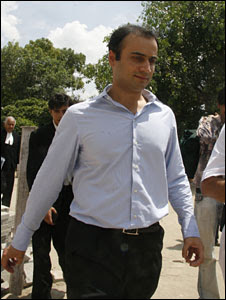 If you stab somebody on the road, you may land up in jail, but if you murder somebody by hitting him to death, you can just walk free. That's the strange law in this country.
Though Sanjeev Nanda did get the sentence in the infamous BMW case as he was booked for culpable homicide also, it is time the archaic section 304 (A) of the IPC should be amended and law given more teeth to deal with errant motorists.
Nanda got sentenced in this section of IPC, just because of media pressure and the hype surrounding the case. Else, he would have easily walked out.
Hundreds of errant drivers simply walk away, furnishing a personal bond, after killing people on the roads, every day.
The law suited the British, who were the rulers, and mostly they only had the motors. Else, among INdians the Nawabs, Rajahs, the top businessmen and lawyers were seen driving a car in those days.
An Indian's life was cheap then. And it was important to let a White off, after any such incident. But the situation is different now. Nearly 3 lakh (3,00,000) people were killed on the Indian roads in 2005 and the figure has gone up since then.
Traffic cops hardly have the equipment to check drunken drivers. It is unfortunate that the scenario has become so horrifying but there is little focus on the need for amending the existing law.
Posted by editor at 1:36 PM